Always nice to have a little rhyme...

Following a day out to Camden with myself and Mary's significant other, Pete, these two came for a shoot on Sunday 19th January with all sorts of crazy things with them... O_o

It was just a fun day to prat around a bit and get some images together. Let's say a warm-up for when they force me to take pictures of them in Cosplay attire... *shudder*

We started with a masquerade themed set: 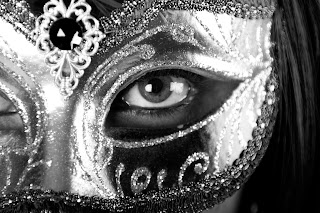 Love this first one.

As you may well know, I've done a Masquerade shoot before (my first shoot with Kiera Gould) and so, whilst this was fun, I wasn't too fussed about getting images for my own portfolio from this set. I have to say though. That first one is already in it. Bing. 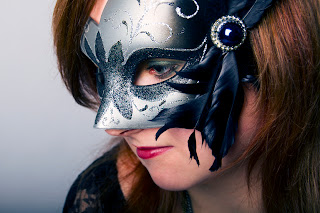 This one of Mary is also fantastic, I think. She's got a lovely mood in it and I love it as a profile shot. 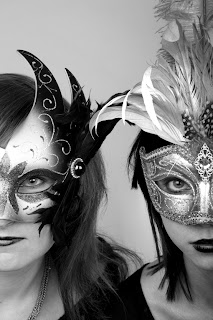 Here they are together. Aww.

And now Ceri isn't fond of this one (below, right) as she thinks she looks gormless but I really like it...

What do you folks think? 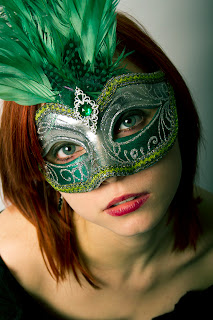 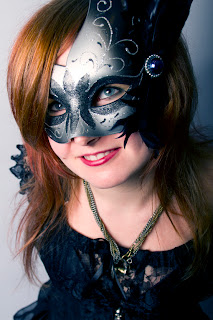 Also, this one of Mary (above, right) is pretty spot on for capturing her lovely happy disposition!

Mary just has the loveliest happy-face. :) 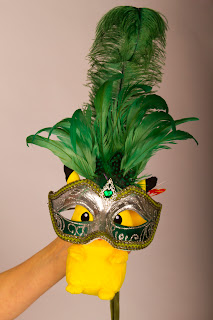 *Pikachu was a 'sorry' gift for Ceri from someone who accidentally sliced open her eye with a playing card that morning... (rather skillfully, I might add). Caused a lot of bloody Photoshopping on her eye as it fell out before the shoot... I jest...

Next, the pair had brought these RIDICULOUS Robot Unicorn fairy tutus: 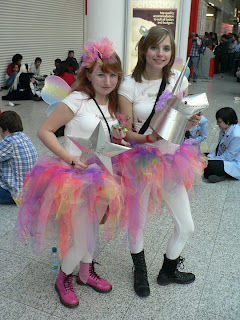 I was not shooting them in these. I completely refused.

But we did have a bit of fun with them all the same. Observe: 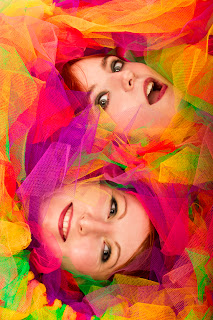 They're mad, aren't they? 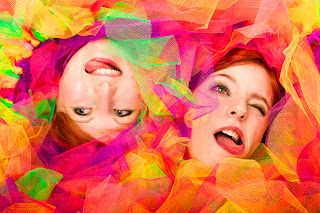 And then Ceri left for Sunday dinner whilst Mary and I got busy with some Burlesque images: 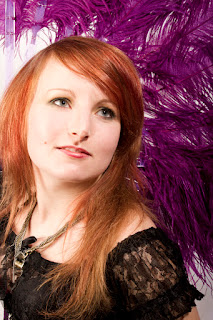 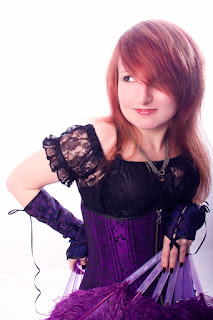 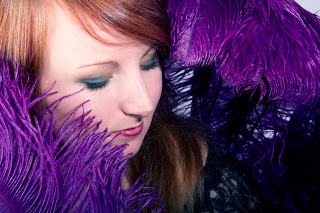 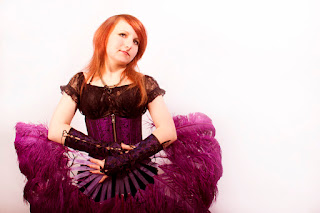 And aren't they PRETTY! 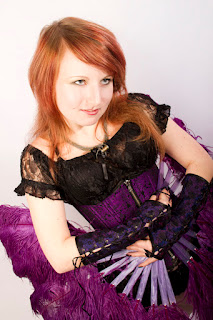 I think Mary and I will possibly be doing some more Burlesque a bit later on with some more fancy costumes.

To finish off, we got a few images of Mary in her new underbust corset. 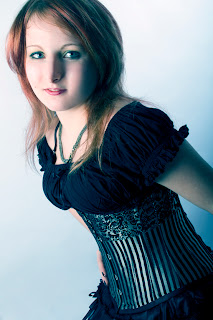 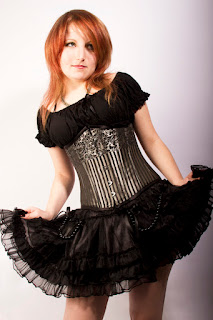 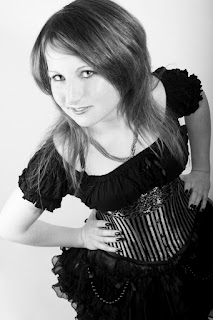 Beautiful.
Well that was my Sunday the 29th!

Come back shortly to see my Valentine's images from Norwich with Francesca Green!
Posted by Unknown at 00:04 No comments:

Callum "Pretty-Boy" Hawthorne (or "Biebs" as Martin and I have taken to calling him since his Justin Bieberesque haircut) is my younger brother.


A 13-year-old football and althetic boy-prodigy, Callum is not very much like me.
(I wheeze a lot when moving around)


Our Mum and I have suggested modelling to him a couple of times and he's not been particularly interested, though last time, he did say that he'd give it a try. We think it may be because he's now got a lovely girlfriend (Amber) who is also in support of the idea and she's gorgeous so her opinion carries a certain extra sway.


So Saturday 21st January, I picked Callum up from Mum's and we headed over to Basingstoke.


Now then, I was a little concerned initially that he would feel too awkward in front of the camera and either wouldn't relax or wouldn't be able to keep a straight face. I have to say actually, he surprised me. He was very good at taking direction and, even though it was coming from his sister, of all people, he managed to take in everything I said. Quite a feat for a footballer as I understand that they are generally not accustomed to having to process their own thoughts.

We started off easy with a headshot, so here he is: 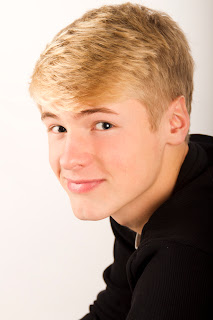 Unfortunately, yes, he is that pretty. I haven’t edited out a truckload of spots or had to ‘shop out a huge monobrow. He genuinely looks this good all the time.

Now then, I don’t know about you but I struggle with the fact that he’s only 13 (14 next month). I see some of these and he looks about 17 to me. Scary stuff. 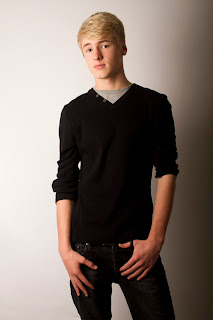 I think this would be a good opportunity for me to add some of his baby photos in a big-sister-like, humiliating way but alas, I haven’t any handy. Maybe later. 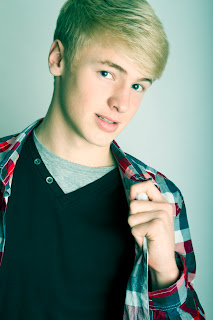 2 bashes of cyan tint added here with Photoshop “Variations” for the interested.
I think it looks more like a ‘fashion’ image that way.
.
He’s only 13 and, as I said, he’s a football genius. Well… genius probably isn’t the term. Football… erm… talented person…. Something something. He’s also, pretty darn clever (…sometimes. He is also clearly blonde). He’s doing very well at school. He has a really pretty girlfriend (who, might I add, could also easily be a teen model). He’s very tall (important to some). He’s got a good mind-set for his future. He’s into… not excruciatingly terrible music… not great either but I’m sitting here thinking, I can’t think of any reason that this boy is not going to succeed in life. He’s got high hopes, but all the means to achieve his goals (and not just the football ones!). He works for what he wants. He’s 13 and he chooses his diet to suit his lifestyle, he exercises and works hard to be (even) better at his sport, he looks at what he needs to do now in order to be where he wants to be in 3/5 years’ time.

Anyway, this next shot is my favourite (I think). We did some jumping! Mostly him but I won’t lie, I was excited. And even though he felt a bit stupid, and doesn’t really like these photos… I had to put one of these up ‘cause they’re a big hit with the people that have seen them already AND I just love it, quite frankly: 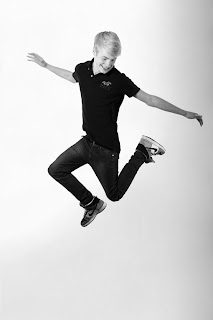 Next we went outside. Funny really as someone was parked in my ‘usual spot’ (usual = used once before) and so I had to make Callum stand in some bushes to take these photos. Quite a funny sight for the neighbours, I’m sure… 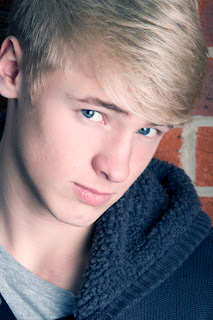 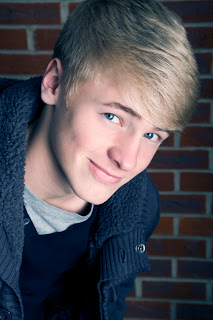 My brother doesn’t like this one either but I have to put it up to prove that I once made him laugh.
(He really doesn’t find me funny. Can’t think why. Jealousy? It certainly can’t be because I’m not… ) 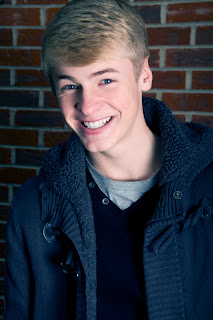 Also, he has a sickeningly handsome smile too.
And then to finish off, we went indoors and sat on the couch where he mostly watched football over my shoulder. Ha ha. 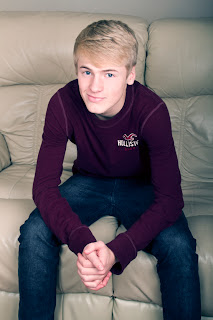 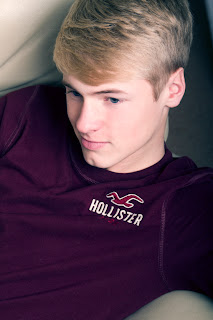 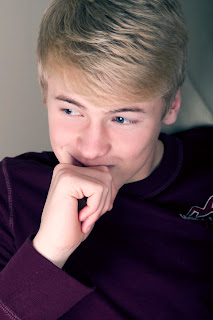 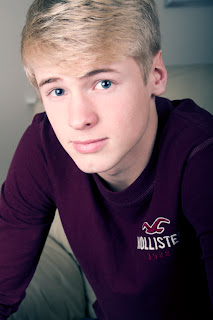 These were nice though, I thought.
Anyway. That’s my brother. We’ve sat and had a chat about his options and what sort of thing he’d be up for doing and he’s decided he’s going to go for it.

Plus, his Mum says he’s handsome so it must be true. XD

Keep your eyes out for Callum hopefully coming soon to an advert/poster/catalogue, etc. near you. I suppose one of us has to make it big somewhere!

Then in due time, there’s also my other brother, Matthew… but believe me, you’re just not ready for him. O_o;
Posted by Unknown at 15:17 3 comments: