My first subject since the upgrade to my beloved 7D, Gabby, was back again. This time for a studio shoot.

She got to Farnborough at 11am and we had our first cup of tea, unzipped the suitcase of womanly wonder and caught up a bit. She told me about all the bits and bobs that she had brought to wear including all the new holiday clothes, her 'Sienna Miller' dress and also, my favourite: ‘The Disappointment Hat’.

I have to explain the disappointment hat now that I have mentioned it’s name so that you know why it is disappointing: Gabby and Dom (brother) went to London Fashion week one year and Gabby found this really neat hat and belt, which she was dead chuffed with… at first… but then (the cheeky git) Dom ends up finding various amazing pieces including a really nice jacket, and I think a suit? and some other bits, leaving Gabby feeling a little disappointed with her items (or lack thereof) come home-time. Hence this becoming ‘The Disappointment Hat’.

Well, OK fine, I guess you had to be there.

So moving on (tough crowd…) O_O

We started out ‘Simples’ as is the norm. A bit of warming up. Howson got her green cardigan on and we did a couple of headshots. Literally a couple. Then we ended up chatting for about 2-3 hours drinking approximately… 120 cups of tea? Approximately.
Then we decided to change outfit. The cardigan was nice and all, but a bit boring, which Gabby is not. 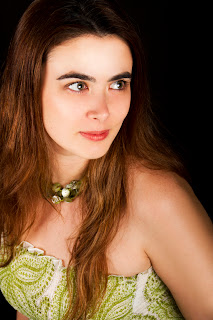 What a face! So beautiful!

(I really am quite lucky in that I have so many beautiful friends really.
It sure helps with a profession like photography!) 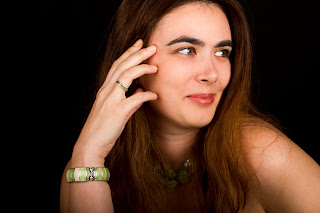 Lovely. And looking a bit like Lena Headey again in that last one! 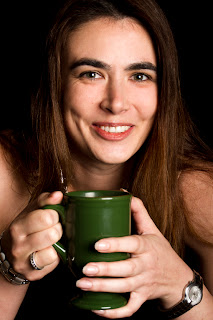 We went for an elegant black outfit, again on black and Gabby was looking amazing as per. She scrubs up lovely for a posh bird (as Bill Bailey would say). 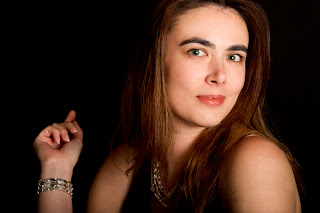 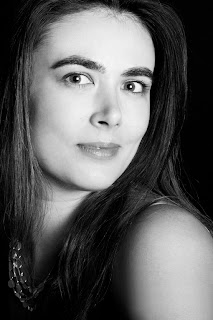 OK, then we had the snazzy looking cardigan. Wicked colours for a good start on the white: 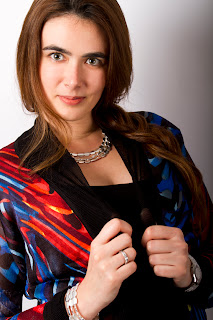 In which Gabby started pulling her Lena Headey face again.

Seriously, do you not think so!? Sometimes, she really does look like her. Or Lena Headey looks like Gabby. More than likely. I knew Gabby before I saw Lena.

I'll just have to dress her up as Cersei Lannister and then you'll see. Oh yes. You'll see... 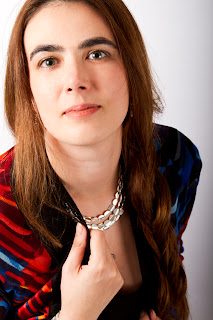 OK. NEXT! Look at this dress: 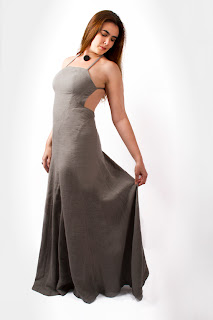 It's all officey, heavy material and grey (though I like grey) but then the cut is just fantastic. WANT! 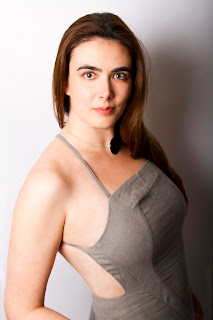 And Gabby in this dress is just… well… 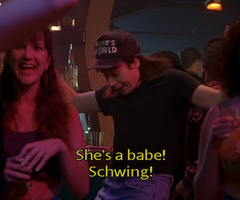 Thanks Wayne. That's exactly what I was getting at.

So, While we're on dresses, we got through a couple of those too.

There was the colourful, patterned one with the hat: 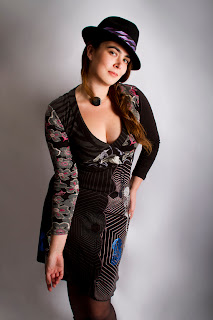 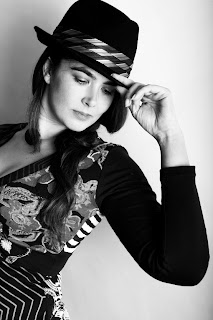 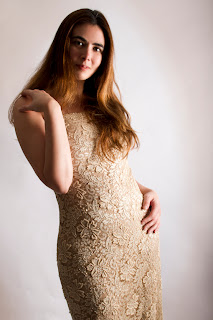 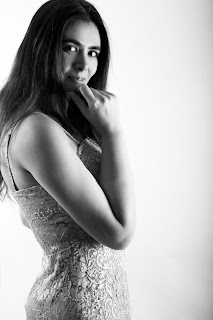 Then we had the extremely colourful holiday dress. Which I also love: 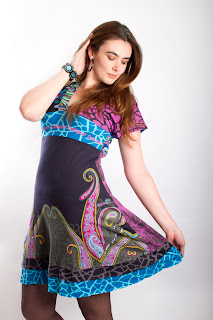 She looks so catalogue in that one. :D 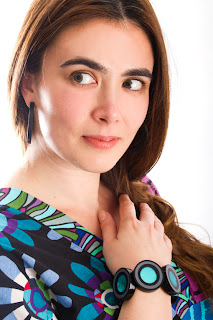 Backlit, for a lovely headshot. Mwah. 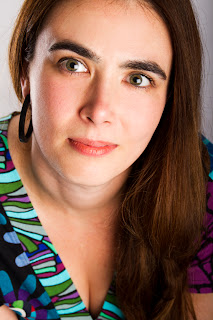 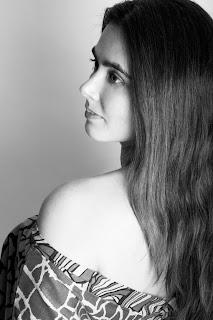 And then more of an artistic Beauty shot. :)

Finally, as is seemingly becoming tradition on my shoots (I swear that this is not mandatory!), we had a little bit of partial nudity... 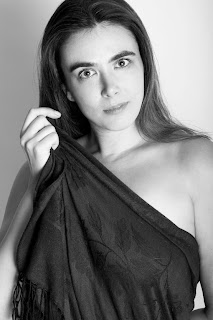 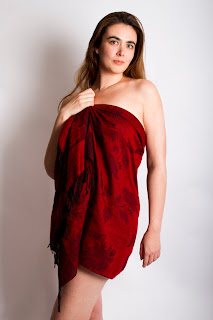 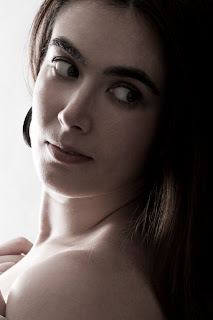 And the last in a 300 style colouring... for no particular reason...

Well folks, that's a wrap for that shoot though keep your eyes open as one, you might fall down the stairs otherwise and two, our stunning, 6ft tall, leggy IT/LARP geek goddess may well be coming back to see yours truly in January/February for another round.