On Saturday 3rd March, I set off from Basingstoke early armed only with my camera, Simon's flashgun, a reflector and a TomTom (with car) and headed for Hammersmith...
... I arrived just before 10am at Christopher O'Reilly's house (where he was working from today) and knocked at the door. Finally meeting Christopher face to face was great. He's really very lovely. I stepped in, signed a few conditioning forms and he handed over a very large (but thankfully, wheeled) suitcase. Very exciting. :)


The sun was shining as I drove into Westminster and headed over to Abingdon Street car park (also known as the world's most expensive car park ever... I would imagine) and headed to Parliament Square with the dress in tow.


Where else would you shoot House of Hannigan's Union Jack Dress?


Everyone was due to arrive at 11am so, as it was only about 10:15, I had a little wander around, soaking up the sun, checking out my settings vs the weather and identifying some good spots for location.


First to arrive was my lovely model, Yaasmin. She fluttered up the stairs looking very lovely in her cream coat and then we were joined within minutes by my wonderful assistants! David Burch of Prime Exposures and Gemma Pink of Pure Curvation who had agreed to come along and lug things around (Gemma) and help with lighting (David) ...and then few minutes later, we were joined at last by Rosie Cerosio of Cerosio Makeup. This was our team.


Rosie and Yaasmin skipped off to the toilets so that Yaasmin could wriggle into the corset of the dress and Rosie could apply the majority of the makeup. After what was nearly an hour, they were kicked out by the attendant. Now I don't know about you, but if I had paid 50p to get into the toilets there, I would have wanted my money's worth! ... but I was assured that this was no time to kick up a stink. :D


We had photos to take!


Now then, at about 10:15, there was this lovely spot with a good view of about 4 red phoneboxes all in a pretty little row, which, apart from the tourists having their photo taken in them, were fairly un-busy.


At 12pm, this area was swamped. The whole of Parliament Square was swamped actually. Sheesh. Immediately, within seconds of unfolding the beautiful Union Jack Dress, tourists began gathering with their cameras and snapping pictures from every possible angle. But we soldiered on anyway!

Rosie had done a wonderful job of the make-up and Yaasmin was looking ready to be a public display, so for our first image, we went for something a bit like this... 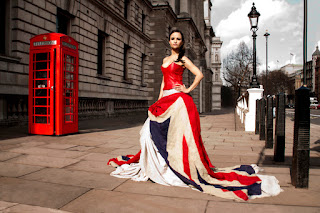 As you can see, it was pretty darn sunny. But not a single tourist... ?

(I've photoshopped about 14 tourists and a big sign out of that photo...  True story.)
Next, we went over to The Supreme Court and used the courtyard area there. Which genuinely wasn't busy. 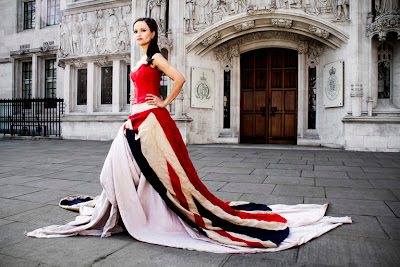 I love this building with all it's beautiful bordering. 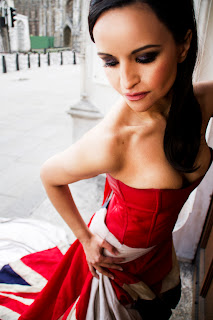 This was my one of my two favourite images from the day. ^ 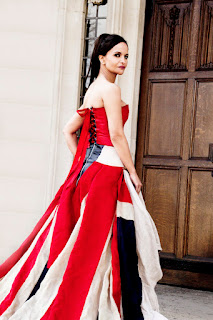 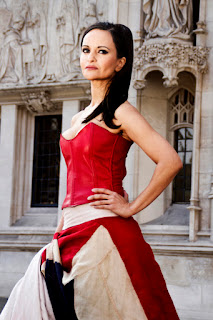 Next we tried Westminster Abbey. By this point, there were tourists following Yaasmin with their camera phones and trying to get pictures of themselves in front of it! It was, at best, hectic as hell and if David and Gemma weren't there helping, I think I would have been flustered enough to give that special someone a nice big cup of punch-in-the-face.

But we got one good one there: 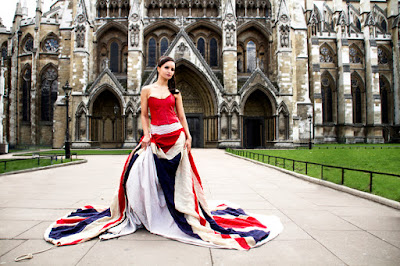 There were 23 tourists in the above image and some building work going on.


We didn't stay here long before moving along to the centre of the roundabout in Parliament Square to frame up with ol' Big Ben.


Interesting fact: the clock tower we all know and love in London is not actually called 'Big Ben' as most are led to believe. 'Big Ben' is merely the name of the bell within the clock tower. Apparently that's not all that commonly known. Now don't say I never tell you anything.


Unfortunately, you are not allowed to take pictures here (WHAT? I know). So we were moved on by the Roundabout Police. (A childrens' programme? Unfortunately not.)


We headed instead to the centre of Westminster Bridge and got set. Rosie applied a bit more makeup here are there and we waited for the sun to remerge from the clouds. It had been quite hit and miss today. 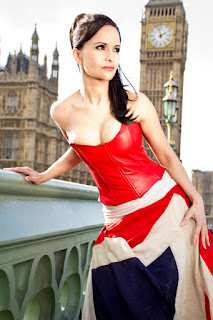 And then it came out and I got my other favourite image ^ thanks to the expert reflector positioning from one David Burch. 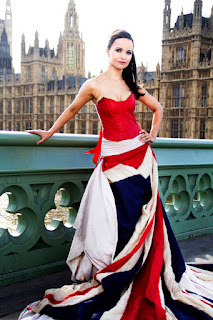 Well... there are the images.


We were lucky on the day that, although there were way too many tourists in the way, we had some sunshine, some great angles, a fantastic make-up artist, a beautiful subject and had the help of two very keen assistants! Honestly, I couldn't have done that shoot without David and Gemma. They carried stuff, helped out with the lighting and Gemma even offered to rugby tackle some of the London enthusiasts in the background with their cameras.


On the whole, it was a great day and the pictures are up on House of Hannigan's site today. Christopher seems pretty chuffed with them too which helps matters...


Check them out (and the others) here:


www.thehouseofhannigan.com/union-jack-dress-project-2012
Posted by Unknown at 13:21